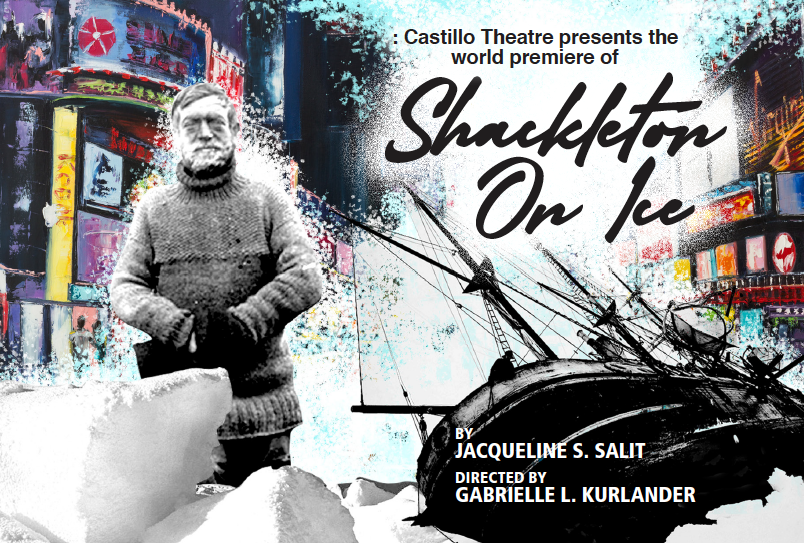 or choose a season subscription

Emma Caird is in rehearsal for her new play about the Antarctic explorer Ernest Shackleton. A political playwright and director of some renown, Emma firmly believes that the story of the crushing of Shackleton’s ship in the ice pack in 1915, and his heroism in saving the entire crew, can help the world navigate out of its current crisis.

But as rehearsals get underway, Emma is running into problems. Her longtime producer, Jerry, doubts the play has any commercial potential and stubbornly resists Emma’s desire to stage a play with a message.  Two of her leading actors, who are Emma’s live-in lovers, are in turmoil about their three-way relationship. And Ernest Shackleton himself — the hero of her drama — doesn’t like his role. He wants Emma’s production to set him free from the burden of heroism that he has carried for a hundred years.

The Castillo Theatre presents the world premiere of Jacqueline Salit’s Shackleton on Ice, directed by Gabrielle L. Kurlander. By turns philosophical and comical, the play is an exploration of exploration, and of one woman’s vision of theatre as an instrument for change.

Get Directions via Google

Castillo Theatre is a program of the All Stars Project, Inc.